I was checking out YDV today and discovered a very frustrating post in reference to an even more frustrating article, "10 Foods That Vegans Can't Eat". Granted, it was one of those stupid Yahoo! articles that seem to be just there for content sake, rather than actually being anything worth reporting, but it was frustrating nonetheless.

And actually, the article itself was a nice little nod to the vegan community, in a way. It's intention seemed to be to inform the masses (who for whatever reason don't know already) what being vegan actually means. And I appreciate that. The real frustration was the comments. They all seemed to be ANGRY at vegans and often referred to them as hypocrites. YDV did a great job of pointing out that perhaps a better article would have been "10 Principles of Veganism".

But since I'm primarily in the business of cooking and eating, I would like to instead write a list of 10 foods we CAN eat. After all, that is the question we get asked the most, right?

One of the things you hear a lot is "I could never give... up". And one I frequently hear is chicken. But that was never an issue for me! To be a vegan nowadays is truly fortunate - these chicken alternatives are sooo good!!!

Boca makes this amazing spicy chicken patty that's to die for with a little homemade vegan ranch and a whole wheat bun - you won't even care that it's fake.

Gardein also has completely changed my life. From their baked chick'n fillets to their turk'y filled with stuffing and covered in a light breading with a side of gravy, I don't think there's a single thing they make that I don't love.

Thanks to Starbucks and other coffee chains like Peet's Coffee & Tea (west coast) and the Columbus chain of Staufs/Cup 'o Joe - you don't have to dream of giving up your morning latte. And if you declare, "I hate the taste of soy milk!" or "I eat too much soy already!", then I'd recommend almond milk. It has a surprisingly mild flavor and works perfectly in place of soy in almost all situations.
(SN: If you still think Starbucks' milk is not vegan, read my post.)

This may seems painfully obvious, but I think it needs noting. If all you eat are beef and cheese, and you're confused by a vegan diet -- then you probably need more vegetables in your life! There's a wealth of nutrition, flavor, and protein from vegetables - notably, the leafy green variety. My favorites include spinach, broccoli, asparagus, arugula, and green beans.

Cheese is a bit of a frustration for me. It's one of the least healthy things you can eat (imho), but everyone declares, "I love cheese too much to go vegan !!" (which is sort of missing the point to me). And while these cheese alternatives really aren't anything like the real thing, they will curb your desire for something melty and flavorful. 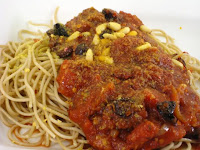 If you're a vegan noob, you might not know about nutritional yeast. It's in the supplement section (you can find it at a whole foods or your local co-op) and you can use it for all sorts of deliciousness. A lot of people will say you will miss out on vital nutrients if you're vegan, but this stuff is JAM PACKED with vitamins, including the ever elusive vitamin B-12. Add it to a cream sauce to make it cheesy or dust a little on some pasta for a super healthy, really different version of Parmesan.

It's sad for me to note that American food is not really vegan friendly. The emergence of veggie burgers at places like Johnny Rockets is nice, but all other regions seem to cater to vegans a lot more!

And one that I love is Italian food. Pasta with a little olive oil, some garlic, and grilled vegetables is highly underrated. A lot of marinara sauces are vegan, too (especially if you make them at home!). If you go to a restaurant that makes their pasta in-house, you can usually assume they use eggs, unfortunately. Most places use dried pasta; however, and that's a-ok 90% of the time.

A lot of Indian restaurants seem to be vegan friendly, but be wary of the dreaded ghee (clarified butter)! Columbus' own Banana Leaf is an amazing all-vegetarian Indian restaurant that does a great job of pointing out their vegan options. 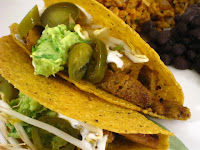 Mexican food is also, for the most part, amazingly vegan friendly. If you go somewhere super traditional, there may be hidden lard, chicken stock, or sour cream in their guacamole (I assume to cut costs). But places like chipotle have great offerings - and in some locations, offer gardein. If you're worried about cross contamination I might avoid eating at taco bell, but a seven layer burrito minus cheese and sour cream is a nice option when you can't get anything else (they have extensive ingredient lists online).

I don't think any type of food has done more service for vegans than Chinese food. Tofu has been and will continue to be a wonderful staple in a vegan diet. Also, seitan has been a great meat alternative for people who don't necessarily love the texture of tofu. It's meatier and highly versatile.

Glorious, indulgent desserts are something you will not miss one bit. Vegan desserts are just as good an the non-vegan variety. Seriously. I never hear any complaints. Patty Cake is Columbus' all-vegan bakery and makes the most amazing cinnamon buns on Saturdays. Whole foods has sporadic vegan bakery options, including cookies and pies.

Nondairy ice cream is also amazing. You can get that ANYwhere: Kroger, Giant Eagle, whole foods, CCM, ... anywhere! It's made from soy, coconut, or rice milk. They are all different, so experiment to see which you like best. My favorite is the coconut milk ones!

And if you can, try to find Sweet & Sara's little marshmallow s'mores. They are to. die. for. Clintonville Community Market (CCM) carries them, unless Andrew and I come in and clean them out. Then you're just SOL. 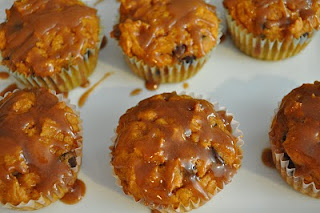 Thank you so much! Yes, that is the question so often asked AND I felt the exact same way reading the comments for that article!

Great read! I wish you could follow up to this topic

I hope you will keep updating your content constantly as you have one dedicated reader here.

pimples are really annoying, you can kill them using benzoyl peroxide but it will also make your skin red.

This blog is bookmarked! I really love the stuff you have put here.

Fruit juices are mostly packed with sugar, making the fresh fruit the better bet for the health conscious. Fresh healthy vending using vegetable juices are often tart to the taste and put a lot of people off drinking them. Combine the two, however, and you have a naturally sweetened drink that fills people up and contains a pound of fruit. The ingredients in fresh vending of Naked Green Machine, for instance, are listed as spirulina, chlorella, broccoli, green tea extract, spinach etc.Fresh healthy vending machines

Fruit juices are mostly packed with sugar, making the fresh fruit the better bet for the health conscious. Fresh healthy vending using vegetable juices are often tart to the taste and put a lot of people off drinking them. Combine the two, however, and you have a naturally sweetened drink that fills people up and contains a pound of fruit. The ingredients in fresh vending of Naked Green Machine, for instance, are listed as spirulina, chlorella, broccoli, green tea extract, spinach etc.Fresh healthy vending machines