Last night Andrew and I went out, bought an Xbox, and the new UFC Undisputed game. It was one of the best decisions we've made in a while, I think. I had extravagant plans of some amazing dinner I wanted to create-- I don't even know what I was planning on making, but it was going to be good. Unfortunately, all I could pull myself away from the game to do was boil some potatoes. Every match was an epic battle. Just barely making it to the end, and then a KO. Until finally, 3 hours went by, and it was about time to sleep. 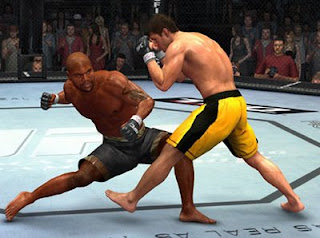 The game was too enthralling to pry myself away. So you could call these potatoes "Something awesome to do to everyday food while you're doing something better"... or some abbreviated version of that. This is one of those no-recipes recipes.

I boiled 3 red potatoes with skins. Smashed them with a spoonful of butter, a couple pours of soy milk, and 1 or 2 cloves of garlic. Then I seasoned it with some salt and a few shakes of smoked paprika. I did a couple taste tests for my desired level of delicious smokey flavor. They look like a sort of odd red-ish orange color but they are delicious. And would probably add some good color to a well plated dish. 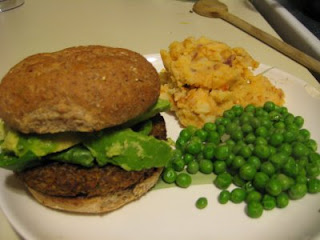 We also had an Amy's quarter pounder with vegan mayo, sliced avocado, and ketchup. Easy microwavables to go with the game playing. And then if you're an 8-year-old like me, you mix your mashed potatoes with your peas and enjoyyyy. 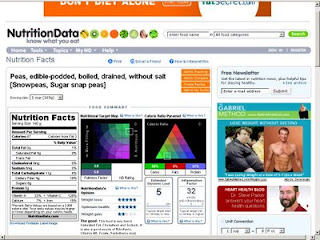 This is a great dish for the regiment. You have some good fats, a whole wheat sprouted grain bun, a veggie patty, red potatoes with the skin, and some greens. Peas are probably one of least healthy greens you could eat, but greens are always better regardless. It's loaded with vitamin A and C and iron [[which I've been running low on after our trip-- not enough greens on the road!]]. A great website to get complete info, including fullness factor, glycemic load, inflammation factor, and other great info, is Nutritiondata.com. I use it often. I try to find foods with a good ratio of calories to vitamins/minerals and foods with a low glycemic load.

Those were the best mashed potatoes I have ever had.

Bobby Flay would be envious.