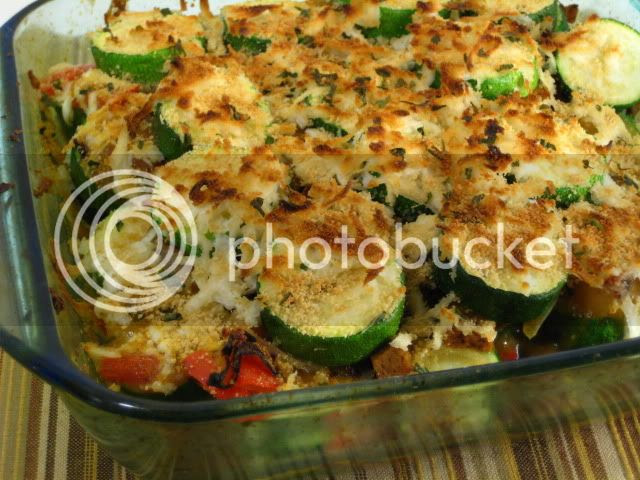 Andrew and I joined a gym recently. Well, it's a club. As the rain and the snow and the harsh cold comes, it's becoming increasily difficult to run regularly. And this place has it all-- indoor pool, treadmills, weights, sauna, tv's, and even a little area where you get beer and food [[I know-- beer in a gym?]]. But with all the awesomeness and healthfulness going on, it's amazing to me how baffled people get when we ask if they have vegan options. Are you really just serving these people beef and cheese and beer at a gym? It seems like a schemy marketing ploy to keep you fat.

Anyway, they did have one maybe-vegan option. We're not sure about the bread. It's a veggie wrap. Something I think vegans get to know really well because that's often all you can get at omnivore restaurants. And that's a shame. I think it almost makes vegans NOT want to use vegetables anymore. They have all these recipes-- and me included-- featuring varieties of faux meats and cheeses and they completely forget about old faithful-- the vegetables.

Which brings me to a zucchini casserole. I was a little wary of making this because it sounds too healthy and like a lot of zucchini for one dinner. But this was a pleasant surprise. I still kept my beloved seitan and FYH cheese in here, because I don't think they're bad. They can be a part of the dish without being the main part. That being said, they could easily be removed, too.

*Preheat oven to 400 F.
-- After slicing the zucchini, in a grease casserole dish make one layer of zucchini. Set aside.
-- Heat olive oil on medium heat. Season your seitan however you like-- I used a little creole seasoning. Then cook it in the oil until crispy.
-- Add the shallots and peppers, and cook until shallots are translucent. Set aside.
-- In a sauce pan, heat earth balance, garlic, and seasoning through parsley on medium-high heat. Add the cayenne now if you're using some. Cook for about 30 seconds and then add the flour and whisk until a smooth paste is formed. Heat for another minute or two.
-- Add the broth. Whisk until combined. It should thicken in about 2 to 5 minutes. Remove from heat.
-- Place the shallot/seitan mixture in one layer on top of the zucchini in the casserole dish. Then ladle some sauce on top. Then, add another layer of zucchini and repeat. Your last layer should be zucchini.
-- Top with shredded FYH cheese and bread crumbs. Bake at 400 F for 15-20 minutes. Then, place under the broiler for 1-2 minutes to brown. Remove and serve with garlic bread. 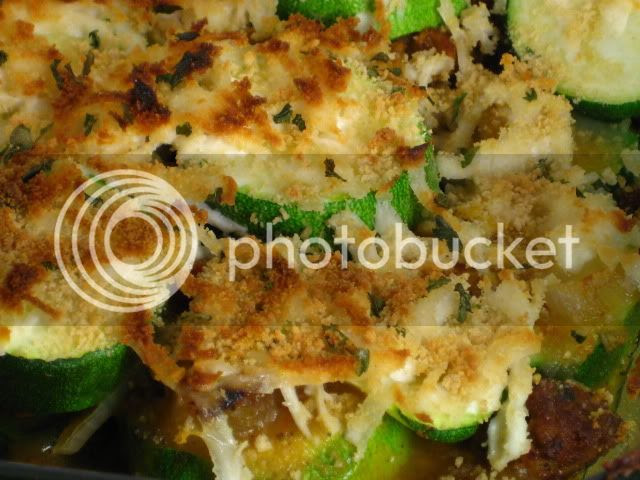 I really want to try this is look amazing!

It isn't? Which ingredient are you referring to?