I haven't cooked or baked much in a while, which probably explains my long standing silence on here. 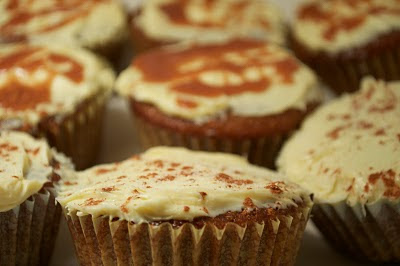 Andrew's Aunt Laura died in July, just a couple weeks after our all-family vacation to North Carolina. She had been suffering from some, even still today, mysterious symptoms that were causing her a lot of pain. She was one of my favorite people in Andrew's family, besides Andrew of course. She took pottery classes with me. She stuck to them even though they made her cry. She was probably the only person who read this blog. She always asked me about it and told me which posts she liked best. We had similar taste in music. We even went to a concert together once. She was always giving me tickets to things. We got along well. She was nice. I had been losing interest in this blog, as most people do with blogs, and when Laura died... it was too depressing. Even still, I get sad looking at it.

But as fall approaches, the grey gets me down, and I'm trying to take comfort in the kitchen again. It's a good place to be when you're stuck inside all day.

Andrew's begun a new job. His hours often extend well pass when I get home, and I'm sort of alone in the evenings a lot. It bothered me at first, coming home to a quiet, dark house. But I'm trying to see this newfound time as an opportunity to reinvigorate old interests, this being one of them.

I bought Vegan Cupcakes Take Over the World a few months ago and about three years too late, and I've just now started baking from it... with a vengeance (ha). Every cupcake is amazing. I've made 4 now - apple cider cupcakes, chocolate chip pumpkin, tiramisu, and s'mores. Everyone at my office and Andrew's job keeps asking me for recipes. You really should get this cookbook if you haven't already. There's some of gluten free cupcakes, as well. 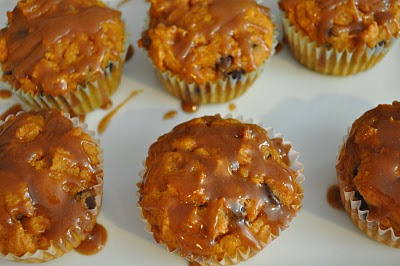 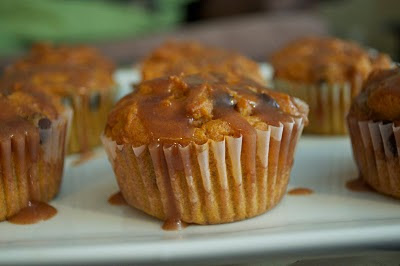 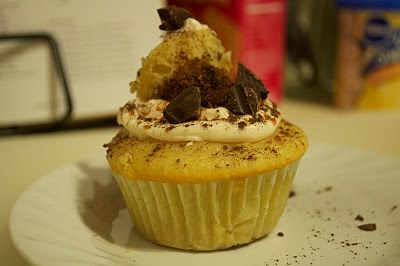 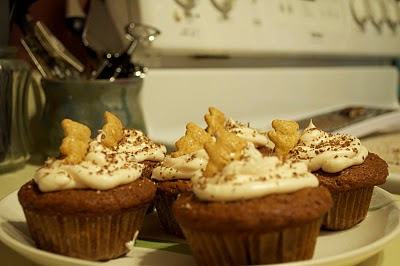 The world is a better place when you are cooking and blogging. We all hope you are here for the long haul!

Sorry about your loss.

I read your blog.

Thanks for coming back! I read your blog too and am happy to see you posting!
My deepest condolences, xoxo