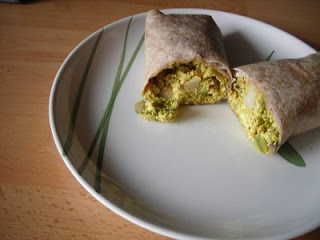 As you can see, we're been making a lot of packaged things, just because it's easier. But if I can ensure it's vegan and organic, I'm ok with that. As long as it lifts some of the cooking load off of me. The point was to avoid restaurants [[since you never really know what they put in there-- a plate of pasta can have 1500 calories]], to avoid sugars, soda, caffeine, inorganic items, and overly processed/deep fried/heart killing foods. I think we've remained successful.

We bought some vegan multi vitamins and I needed more mascara so I decided to change it up. I had been using BWC's mascara, but if you've ever used it, it's not very thick or dark, so I'd have to put about 10 layers on just get a little volume. It's a problem that occurs with a lot of vegan mascara since the animal fat is removed. I switched to Zuzu's mascara and it's AMAZING. It's really think and lasts long and I only need one layer. The black is also REALLY black, but I like it. I get the Onyx color from VeganStore . You can also go to their website, where they have their whole make up line.
Posted by Unknown at 1:31 PM

Email ThisBlogThis!Share to TwitterShare to FacebookShare to Pinterest
Labels: product review, the regiment